Skip to content
Table of Contents show
The Evolution of Airstream
A Reputation Well Deserved
2020 Airstream Models
Distinguishing Differences
Materials constructed from
Drivability and Performance
Interiors and Components
Are Airstreams Worth the Extra Money?

In today’s RV market, Airstreams cost more than those travel trailers they compete with. A quick view of their homepage shows their travel trailer starting price points between $37,900 to $156,400. If you were to compare a coach with similar measurements and features, you could find one less expensive. In this article, we’ll look at what makes an Airstream so expensive.

The Evolution of Airstream

In 1929, Wally Byam wanted his wife to enjoy camping as much as he did. Since she didn’t like tents, he ended up building a teardrop-shaped shelter on his Model T with a stove and an ice chest. This became the inspiration for his Airstream trailers. He would beat the odds during the Great Depression and WWII to become one of the few RV makers to survive this lean period. 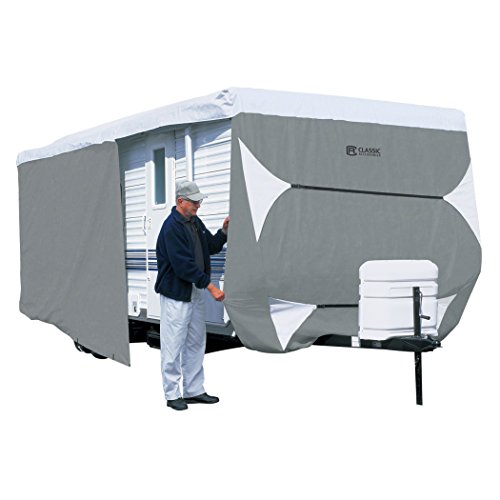 Another significant time is August 29, 1980. Airstream found new life with their new owners, Wade F.B. Thompson and Peter B. Orthwein. With this buyout, these two gentlemen created Thor Industries. Together, Thor has become one of the largest RV manufacturers in the country; and Airstream has continued to be the most recognized RVs in American History.

Even though Airstream travel trailers have an unique look, their reputation wasn’t built on their “Silver Twinkie” look.” The average travel trailer has a life span that averages 15 years. Airstreams are so well built, some coaches on the road are over 40 years old. In fact, over 75% of them are still traveling today. That includes models built back in the 1930s.

The advantage that Airstream owners have found is the overall value of owning one. Generally, the value of an RV depreciates about 20% in its first year. Airstream trailers have some of the highest resale values historically. Throughout their lifespan, maintenance costs collectively, are lower than others.

Airstream has become a part of American pop culture. There have been many examples of Airstream in television and movie productions. Who can forget Lucy and Desi’s road trip in The Long Trailer?

Regardless of which model you choose, Airstream has benchmark luxury and ingenuity when it comes to their exterior and interior features. Except for the Nest, each exterior shell has the same patented airplane-quality aerodynamic aluminum, torsion suspensions, and steel chassis that they have always used.

Since they don’t use slideouts, their use of interior space is a perfect balance of functionality, open space, storage, and fashion-forward interior design. While Airstreams cost more than its competition, the company still has a unit that fits within the middle to upper-income households. Some models are still light enough for a mid-sized SUV to tow them.

The Basecamp is their entry-level coach. To maximize the space, the dinette converts into a bed that measures 76 by 76 inches. With a clear center aisle and rear hatch, it’s still long enough to store your kayak or other long equipment with the door closed.

In 2016, Airstream acquired the Oregon-based company Nest, as a way to get into the fiberglass travel trailer market. Airstream designers finished the design to bring it up to the company’s high standards.

Bambi was the nickname given to smaller Airstreams. Going with their public, Airstream created the Bambi line. As of 2020, the company decided to stop making their Sport product line since the Bambi overlapped so much.

The Caravel is a product line that dates back to 1956. While it can look similar to the Bambi, its features step up the luxury-level amenities.

The Flying Cloud is the most versatile and family-friendly. You can find a bunk bed floor plan in this line.

This coach is for those that enjoy becoming one with nature. It has the most windows of all the travel trailers. Storing long equipment in the coach is possible through the rear hatch. The windows and hatch also allow plenty of natural light in. Opening up the windows allows the breeze to flow through the coach to keep things cool.

In 1948, founder Wally Byam drove around Europe to promote his Airstream trailer. Today’s Globetrotter memorializes his efforts through its European styling. The coach’s interior uses the rounded cabinetry and other Europe-inspired techniques to maximize space and efficiency.

The Classic is a long-term use RV. Many full-timers enjoy using this travel trailer as their home on wheels. Today’s models now come with smart technology that allows you to monitor your levels and control your electronic features from your mobile device. Many of the earlier Classics are still on the road. In fact, some Airbnbs use them in a hotel-like setting.

To understand how Airstream RVs are worth the cost, we’ll start with the construction process and the materials used. 350 workers hand rivet and weld steel chassis, airplane-quality aluminum, and solid wood cabinetry in place. To see how it’s done, you can watch this short video from the Discovery Channel.

Virtually every type of material they use is sustainable and recyclable. This makes Airstream a green manufacturer. As of 2018, they became powered by 100% renewable energy credits. Not only do they make a green product, they now make them cleanly.

Even from their early days, Airstream knew they needed to have a travel trailer that had great drivability and performance. Many current RV makers build their coaches above the wheels on spring-based suspensions. They also have flat outer walls and have high centers of gravity.

Airstream has kept its “old school” building strategies. Their travel trailers are built within the chassis and use rubber torsion suspensions. The rounded edges and slight curves to the shell allow for a more aerodynamic wind flow around the coach itself. Between the lower center of gravity and sleeker design, fuel efficiencies have shown to increase up to 20%.

In road testing, lane changing and sudden stopping has shown improvements as well. Sway from side winds, passing traffic, and road vibrations are greatly decreased. This gives the driver a more stable and safer driving experience. You can see how well they do from this performance test video.

Airstream has always kept up on the latest designs with its interior fabrics and leather patterns. They also use top-end, name-brand components for their installed features. The company does this to keep their fixture qualities as high as the coaches they make. 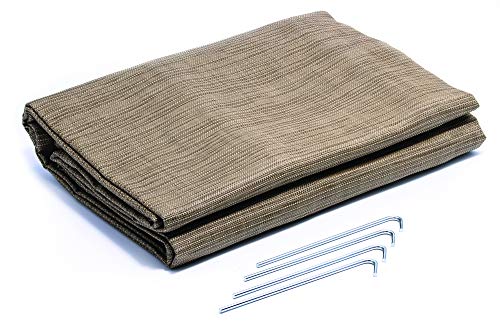 Are Airstreams Worth the Extra Money?

As the saying goes, “you get what you pay for.” There are families that pass their Airstreams down from generation to generation. As they do, the newer generation may need to perform some light maintenance. If kept up, a 1950’s Airstream RV is worth owning.

Those that are looking to buy a new or used one now won’t find anything else on the market that compares. With their high resale values, better building, and overall performance, it’s easy to see why Airstream hold their value. These RVs are not for every camping lifestyle. If you’re curious, renting one to see if it fits your wants and needs, is always a good first step. 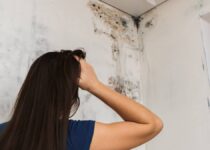 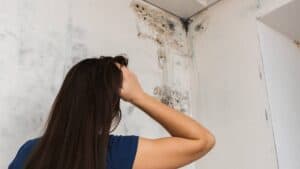